skip to main | skip to sidebar

pop art with a twist

something i have become passionate about in these past few years is creating pop art pieces. whether it's a custom piece, a famous celebrity, or just your favorite pet, i enjoy sitting down in front of my computer, on my own terms, and creating these pop art designs.
since i am a graphic designer, i have always loved my field and my craft, but in recent months, i have become worn out on the daily criticisms and demands of the client-designer relationship. it can take an emotional toll on one's psyche, to say the least, but for the most part, the end result is more than satisfactory. this doesn't, however, deter me from finding a new passion within the same realm of digital art—but this time, it comes with a twist.
recently i discovered last year during a business trip to the new york stationery show, how i noticed what is HOT right now—silhouette art. i realize it's true with all things being cyclical, that seeing as the silhouette as an art form has been around since the 1700s, i immediately became intrigued with its update and facelift. with bright colors and flair to give it that "pop," i knew i had found my calling.
naturally, i started with my daughter as my first subject, and added a bright pink for the background and her name in a fancy script font—then voila! it looks gorgeous on the wall in her room. printed on gallery wrapped canvas and ready to hang, it gives the appearance of a masterpiece in your own home, for a fraction of the cost.
you can view my etsy shop here for more details on how to purchase one. 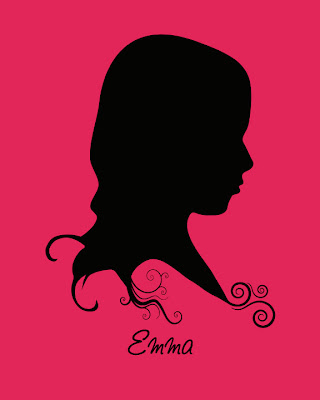 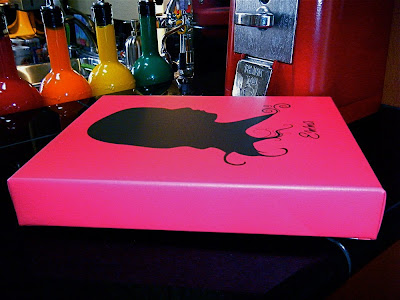 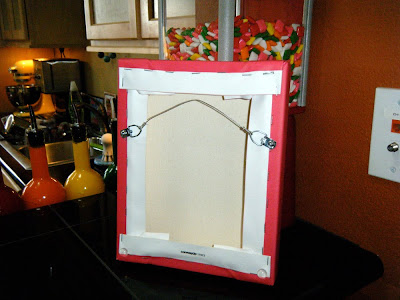 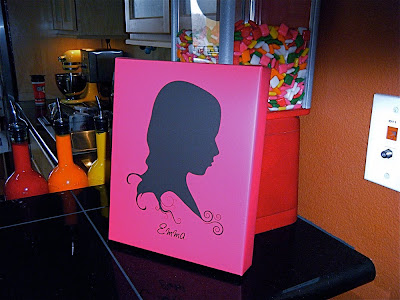 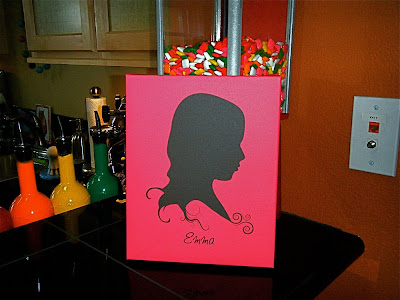 my new addiction — world of warcraft

sad, isn't it? i am a grown woman, mother of one, wife of one, full time graphic designer, and i am still finding the time to sit down and play world of warcraft? yes, i'm afraid i do. i admit, being a graphic designer i love everything about cool graphics and the like. whether it be movies with special effects or an interesting website showing the talent of that particular web designer. i love it all!
additionally, what falls within this category are video games. they're everywhere and they're hot! it's the most profitable industry out there. i only wish i could have gotten a piece of that pie as the world of video games first appeared on the scene. maybe i was born during the wrong generation, but i always wish i could have had the education and wherewithal to learn everything there is to know in becoming a gaming designer. maybe it's something i would have grown tiresome of—which seems to fall within every job category these days—or maybe i would have actually loved my job and made great money at the same time? at this point in my life, these are answers i will never have. talk about endless nights in front of a storyboard.
all of that "wishing" aside, i recently started playing the mega video game, world of warcraft. now keep in mind, i have only been at it for a good week now and i realize there is much more to learn within this amazing world. for instance, i still cannot seem to figure out the whole goal and purpose of this game. is it to just gain more quests to go farther and farther within the game? is it the goal to try and explore and discover new "worlds" instead? i honestly have no idea. i have tried to read up on world of warcraft from their direct website as well as the creators, blizzard, but so far, i'm still at a loss.
admittedly, with most video games, when you start anew, there is always that frustrating learning curve you encounter on a daily basis until one day, you just get it! ahh the bliss and accomplishment of that moment.
we finally got the wii system for the holidays and being a person that loves everything and anything james bond 007, i bought the wii james bond 007: quantum of solace game only to be frustrated with my lack of shooting abilities. why can't i aim it properly? i seem to be aiming the gun in the air instead of at the villians. ugh! either way, i will conquer this quest to be proficient as a wii game shooter if it's the last thing i do! :)
for now, i will continue to enjoy the world of warcraft environment to which i have so become accustomed, and my character, 'kyraline', will prosper and go forward! i made the step to go from trial user to the full upgrade, so i think i'm ready!
wish me luck! 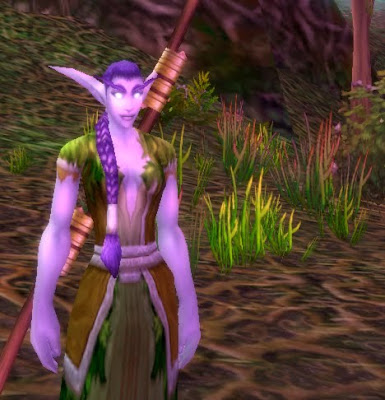 my world of warcraft character, "kyraline" 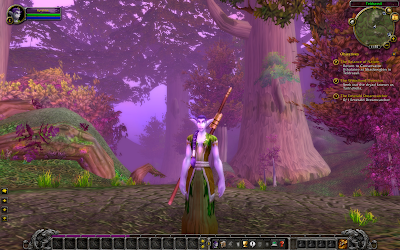 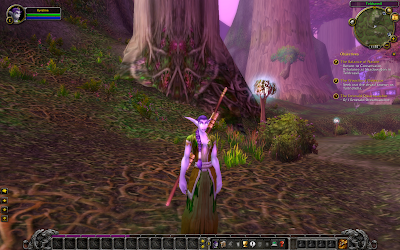 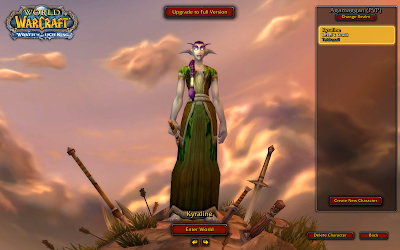 Posted by One Girl Creative at 9:05 AM 6 comments: