skip to main | skip to sidebar

work of art: the next great artist 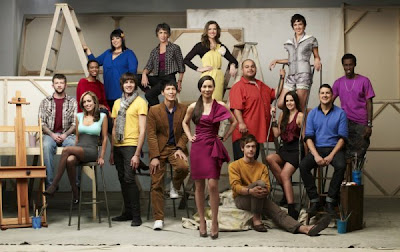 bravo's new show is the latest stroke on the reality canvas. bravo has brought golden globe and emmy award winner sarah jessica parker and her production company, pretty matches, together with the emmy-nominated magical elves ("top chef," "project runway") and eli holzman, to produce "work of art: the next great artist," an hour long creative competition series among contemporary artists. work of art will bring together fourteen aspiring artists to compete for a solo show at a nationally recognized museum and a generous cash price of $100,000.


as i watched the first few episodes, i was intrigued. at first, i wasn't into it, but since i'm an artist, reluctantly i continued to watch. absorbing each artists' process was capturing, as well as intimidating. i almost felt like a voyeur as i continued to observe their neuroses, only to have the feeling of being able to empathize with their frustrations myself. sometimes i wonder if put in that type of situation, would i be able to succumb to the high-pressure competition of this caliber. would i succeed? or would i be eliminated after the first round? obviously, since i have no desire to appear on a reality show, i wouldn't audition to begin with.


all of that being said, i find it fascinating how any artist—who typically needs time to create their personal masterpieces—can even work in such conditions. i know i couldn't. but then again, i am in the field of advertising where—given if i was employed at the moment—i would be dealing with this high-pressure, deadline atmosphere on a daily basis.


but there is a fine line between fine art and graphic design, where graphic design deals with commercialism and its eye-capturing content to sell the latest product, and fine art is more subjective. it deals with each individual artist's perception of what they're creating, and whether or not it appeases them. something conceptual, however, can be very daunting considering that the end result is not necessarily an eye-pleasing work of art, but on the contrary, to capture a story from the artist's point of view, thus leaving the viewer confused about its subsequent concept.


i have a saying that sums it up nicely: graphic design is for the client, art is for the artist. meaning that from a designer's perspective, we create solely on what the client wants and desires, regardless of what we feel is compositionally appropriate. but as an artist, we create for ourselves, and nobody else. it's our choice and our personal masterpiece—whether it's appreciated and enjoyed, or not, is irrelevant. because in the end, it's for us.


regardless of what bravo's intent is with this show, i love it and hope it continues to thrive as much as their competitive counterparts (i.e. "top chef," "top design", et al), because if it's just one more outlet for an artist to showcase their work without the stress and worries of where their materials will come from for their next composition, then i am all for it. because you know, we are starving artists.


for now, i will continue to watch this masterpiece.


i will end this with a quote from one of my favorite artists, frida kahlo. "i am not sick. i am broken. but i am happy as long as i can paint."

recently i was approached about one of my pop art designs—batphone. the person whose image this belonged to was upset by my use of his photograph for my design/artwork. imagine my surprise when receiving this email. i didn't take the image and use it as my own, i distorted the image to create my pop art design.
(due to copyright issues, i am unable to post the image of the design in question). and for that, i apologize.
this particular phone was really cool. it reminded me of the phone during the 1960s batman series that was frequently shown throughout the show. at the time of creating my pop art design, i had no intentions of using a 'batphone' per se, but an old, retro-styled phone.
when i came across this particular image during my google search of a retro-styled phone, i was thrilled. i thought this is just perfect, i can easily create something retro and stylistic and have it look groovy at the same time. it would go perfectly with my retro-filled theme at the time i created this design.
since my first day of art school, i was told by art professors that when you take an original photograph and obstruct its purpose or originality, it's completely legit. one of my first projects during my freshman year at parsons school of design was just that—take an original work of art, and thwart its logic. in this particular case involving the "batphone," i took said image into photoshop, wiped away the background completely, and added my own color and flair to what i thought at the time—a somewhat simple image. this is my process. i do it with most of my pop art pieces and i change them completely to suit my own artistic needs.
let's put a few things into perspective, shall we.
for starters, this process has been going on for decades. how did andy warhol capture that infamous campbell's tomato soup image? from memory? i think not. what about his infamous brillo pad boxes? same thing. this is how the term pop art originated. an expression of commercialism.
i recently came across this website deconstructing roy lichtenstein's famous comic book pop art and how he took the exact images from comic books, in addition to the speech bubbles, and incorporated them into his now famous works of art.
was this approved and accepted? most likely not. but with the advent of internet, things are much more complicated and easily accessible. 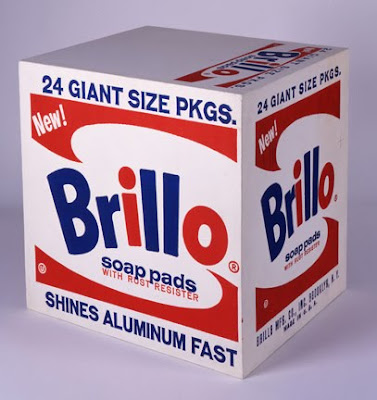 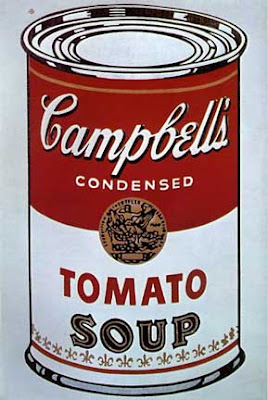 andy warhol's campbell's tomato soup, 1964, silkscreen on canvas
pop art noun
art based on modern popular culture and the mass media especially as a critical or ironic comment on traditional fine art values.
The term is applied specifically to the works, largely from the mid 1950s and 1960s, of a group of artists including Andy Warhol, Roy Lichtenstein, and Jasper Johns, who used images from comic books, advertisements, consumer products, television, and the movies.
during the 2008 presidential election of barack obama, graphic designer/illustrator/artist shephard fairey has been under criticism and is currently undergoing a lawsuit for his representation of his artwork provided for obama's 2008 "HOPE" presidential campaign. in 2009, it was revealed that reuters photographer, mannie garcia, made claims that fairey took his 2006 photograph of then senator barack obama and used it as his own to create this now famous illustration. 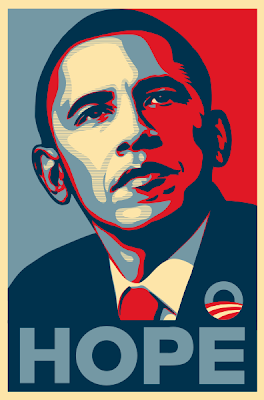 shephard fairey's illustration for barack obama's 2008 HOPE campaign
late 19th century bohemian moulin rouge artist, henri de toulouse-lautrec, apparently used this process as well. he would use original images and create his illustrations representing these images. isn't that how art works? you use a photograph as a still representation to create a painting, illustration, etc. as a way to capture that image without doing so from memory?
regardless of what is right or wrong, as an artist, i am very apprehensive to agree with such claims that this is wrong or considered copyright infringement. and just because you find an image on the internet, it doesn't necessarily make it copyright protected—there are still legal channels to pursue to copyright protect your images/art. yes, if someone took my original artwork and signed their name to it, would i be upset? of course, that's a different story entirely. but to take a photograph that you get from the internet and change its original intent to your own, is this wrong as well? it's a dilemma we all face as artists.


i also found this particular pop art creation by artist, billi kid. the original photograph is a famous mugshot of the late, frank sinatra. clearly, the artist's intent was not to 'steal' the photograph/mugshot, but to distort its content, thus turning it into his own unique composition. billi kid sinatra stencil by artist, billi kid
spray paint and stencil on wood panel
i'm sure there are many gray areas on this subject, but for now, i will leave it at this. i would love to hear your thoughts on this problem. do you think it's wrong to take an image that was found on the internet and create a painting from this image? or my process of turning it into a pop art creation?
tell me your thoughts. i'm listening.
regardless, my process is my process, and will most likely not change. i assure you, i am not the first artist to implement this process, nor will i be the last, however, that being said, out of respect for the original "photographer" of this batphone image, i chose to politely remove any and all representations of my design out of respect for his request. i am no longer selling this particular piece, nor do i have it displayed anywhere on my website, blog, facebook, et al.
heck, it never sold anyway.